Article on NRA debacle and the man behind the movement to save it.

Mississippi gubernatorial candidate and Attorney General Jim Hood (D) said during a debate that he supports state-mandated “universal” background checks (which require gun registration), talked about closing the fictitious “gun show loophole” and claimed to be a reloader, target shooter and hunter. He also said he has consistently opined as attorney general in favor of the RKBA. However a review of his office’s opinions on that topic reveals a generally good but mixed bag, with some opinions clearly contrived and NOT based on law, while others appear spot-on.

His opponent, Lt. Governor Tate Reeves (R) disagreed with requiring background checks on private sales, but erroneously stated that the Second Amendment “gives” us a right to buy firearms and keep and bear arms for protection.

Meanwhile, Mississippi Attorney General candidate Jennifer Riley Collins (D) (Col., USA-Ret.) has been endorsed by extremely anti-gun Congressman Bennie Thompson (D) and has cited Barack Obama as her positive role model. That’s all we need to know about her.

Ms Collins is opposed by Lynn Fitch (R), the current state treasurer. Fitch is generally conservative, but made a mess of the State Personnel Board while serving for 3 years as its executive director, and state employees are still paying the price. We hope she will pay more attention to how the AG’s office is run. Fitch says that “as a gun owner and proud NRA life member, I will defend our Second Amendment rights.”

ATF drops criminal charges against admitted illegal gun seller, because they were afraid the court would rule that the law says what it says, instead of what ATF wants it to say.

The Second Amendment Foundation, joined by the Illinois State Rifle Association, Illinois Carry and nine private citizens, has petitioned the US Supreme Court to review a case challenging the State of Illinois’ ban on concealed carry by non-residents, asserting that without high court review, “virtually all Americans will be deprived of their full Second Amendment rights while in the State of Illinois, based on nothing more than their state of residence.”

Federal prosecutors say Academy Sports + Outdoors violated the law by selling an AR-15-style rifle and full capacity 30-round magazine to a man who used them to kill more than two dozen worshippers at a Sutherland Springs, Texas church. The Department of Justice said this week in a San Antonio court filing responding to lawsuits from victims’ families, that the killer presented a Colorado driver’s license at an Academy store in Texas to buy the rifle and ammunition, but that federal law requires Academy to comply with Colorado statutes that would have prohibited the sale. Interstate sales must comply with laws of both states, and while the weapon was perfectly legal in Texas and the killer may well have been residing in Texas, he presented a Colorado ID, which meant it had to be legal in that state as well. The DOJ prosecutors apparently want the plaintiffs to add Academy as a responsible third party in the civil suit, because FFL retailers are “supposed” to know the laws of all the states in which they aren’t located.

About those “red flag” laws

Clarence Thomas and the Lost Constitution

Y’all, read this. I’m no lawyer, but anyone proficient in junior high level English who reads and understands this article would appear to be better qualified to be a judge than most of the folks who ARE judges and lawyers. Read it. And remember it when you draw jury duty.

Dr. John Lott reports that in 2019, the number of concealed handgun permits soared to now over 18.66 million – a 304% increase since 2007, and about an 8% growth over the number of permits since 2018. Sixteen states do not require permits, so the above numbers are lower than actually carry numbers.

In Alabama, one in four adult residents has a CCW license. One in four.

I doubt any criminals are reading this, but they might want to consider the implications.

After a Dayton, OH, Dollar General store clerk fatally shot an armed robber inside the store last week, the crook’s family went ballistic on video because the deceased got what he asked for.

Meanwhile in Conyers, GA, three masked male teenagers, two of whom were brothers, approached a residence and attempted to rob three people in the front yard. One of the suspects allegedly pulled out a handgun and shot at the intended victims, and a man returned fire, killing all three robbers. No victims were harmed. A man identified as a relative of one of the perpetrators said of the killings, “That’s not how it’s supposed to go…  …that’s overkill.” Well, since two of them died at the hospital and not at the scene, I disagree.

I suggest that in the future, criminals’ families who make fools of themselves (such as in the first case above) over justified acts of self defense should then stand trial in place of the deceased criminal, and serve on his behalf any sentence received for his attempted crime. In the case of a criminal (or anyone) killed during the commission of a felony, many jurisdictions provide for a murder charge against the criminals, regardless of who pulled the trigger or who died.

Remember how I keep telling you the lamestream media is always lying? 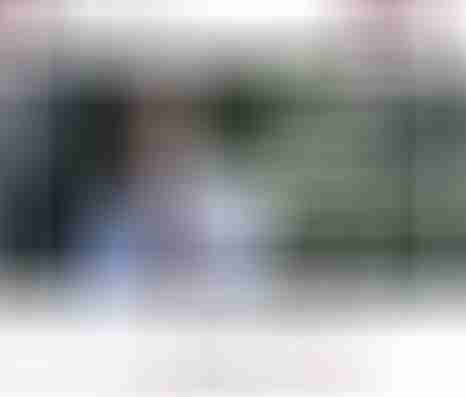 Racially divisive and extremely anti-gun US Rep. Elijah Cummings (D-MD) passed away on Thursday morning due to an unspecified long term illness at the age of 68.

Cummings was chairman of the House Oversight and Reform Committee, which asked the Justice Department and IRS to investigate the NRA after its lavish spending practices came to light. Cummings was also a prominent defender of then-AG Eric Holder when the ATF’s felonious Fast and Furious and related gunwalking operations became public. Cummings was generously rated “F” by the NRA and “F-” by GOA.

Last week we posted a follow-up to the earlier report of a South Carolina cop outside a home fatally shooting a resident inside. Now it’s happened again, this time in Ft. Worth, TX. Ft. Worth Police Officer Aaron Dean, 34, while responding to a neighbor’s non-emergency “open door welfare check” call at a residence, fired from outside the house through a window at a resident inside, killing her. I don’t think that helped her welfare. Reports indicate that the resident, a licensed gun owner, heard the prowlers and armed herself before appearing in the window where she was shot down, and that the Dean’s bodycam video indicated that he could not have seen the gun in her hand before firing. Cops prowling around a home unannounced in the middle of the night are still armed midnight prowlers. How are homeowners with children to protect supposed to respond to armed midnight prowlers? How are officers checking on a peaceful resident supposed to do that? What happened to police knocking on the door and announcing their presence and purpose? I’m not a lawyer, but my understanding of the bottom line is you’re allowed to be wrong and make mistakes, but you’re not allowed to be unreasonable. Was that shooting reasonable? Officer Dean immediately resigned to avoid being fired and has been charged with murder.

Why do cops sometimes shoot without justification? Videogames.

Off-duty NYPD Officer Hyun Kim, 25, was arrested and suspended after allegedly pointing his gun at a waitress and threatening to shoot her at a Queens karaoke bar last week.

Mississippi:  Shoot deer for their collars

How to learn a skill faster

Of course, the same sort of thing can be done with revolvers chambered for auto pistol rounds.

Note that not all 16 gauge shells will work for this — apparently there is some variation in thickness. If yours doesn’t work (too tight to slide together), try another brand or shell type. I have some red, Winchester Super-X Game Load hulls that work.

Harbor Freight is recalling a $5 knife because it’s defective. Duh.

Swarovski’s Z8i scope series features a power range with the top power eight times the bottom, while its dS 5-25×52 features a 40mm tube diameter. You know what they say about price…

Why does this fling a craving on me?

RCBS now sells its products direct from its website.