US Founding Father Tench Coxe, in newly-republished writings: “Their swords, and every other terrible implement of the soldier, are the birth-right of an American.” 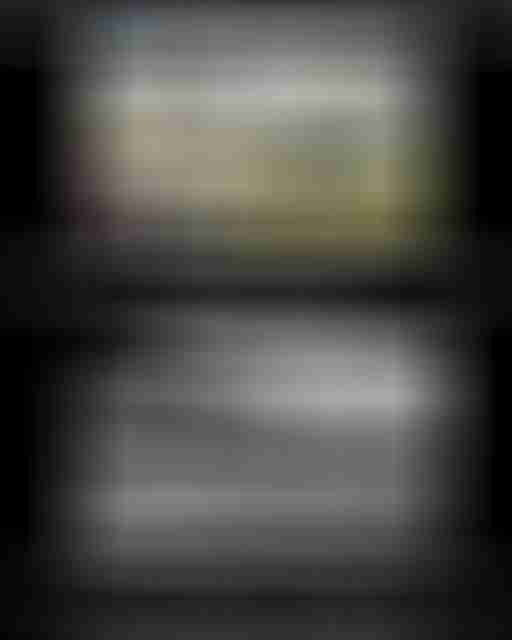 Meanwhile, the Left is going nuts over a University of Washington survey of 4,400 Washington state seniors which revealed that almost 25% of them said they keep at least one gun loaded and unlocked, and fewer than a third said they keep all firearms locked up and unloaded. I guess the Left doesn’t realize that probably well over a third of senior citizens don’t have young children or irresponsible adults in the home. Probably because a large majority of the Left does/is.

A big part of the reason I’ve never acquired a “riot gun” style shotgun for defense is that every one I’ve looked at for less than $1,000 has a fixed cylinder choke.

Microsoft’s web-based email services including @msn.com, @hotmail.com, and @outlook.com have had some accounts breached. Change your password.

The US Senate has passed a bill to allow higher federal funding percentage for range development.

Jewels of Wisdom from Court Finding California Magazine Ban Unconstitutional. Courtesy of Dean Weingarten. Wow. This is why we have a judicial branch — to correct the idiocy and evilness of the executive and legislative branches.

Stephen Wenger notes that according to Jeff Knox of The Firearms Coalition: “The NRA Board of Directors came within just a few votes of the 2/3 majority needed to fire Wayne LaPierre back in 1996 when similar financial and philosophical problems boiled over… At that time, one of the major bones of contention was the undue influence of the NRA’s outside PR company, Ackerman McQueen… With Ack-Mac’s help, LaPierre survived that challenge, and thrived. They helped him push Neal Knox and the other Directors who had pushed for accountability, off the Board. From there, payments to Ack-Mac skyrocketed, and LaPierre’s personal compensation doubled, then doubled again, going from $250,000 per year to almost $1.5 million.”

Clearly the NRA BOD Nominating Committee has miserably failed. Pay attention when you vote for directors.

In other news, both President Trump AND Vice President Pence will speak at the NRA-ILA Leadership Forum at the NRA annual meeting next week.

Paul Markel, of Student of the Gun (formerly located on the Mississippi Gulf Coast), recently was diagnosed with Cystic Squamous Cell Carcinoma cancer which he was told is very treatable and has very high survival rate. Paul has moved his family from Wyoming to Salt Lake City to be closer to his treatment facility. Donations would be helpful.

We reported twice last spring that Lacey Township High School in New Jersey suspended two students for three days (in-school) for sharing on Snapchat their legal (and supervised) weekend activities involving guns, completely unrelated to school, which was a violation of a clearly unconstitutional school policy prohibiting students’ contact with weapons anytime, anywhere, under any circumstances. A new report indicates that the school has an “anti-bullying specialist” named Craig Cicardo, with whom the students were forced to meet, who then decided to bully the boys with the suspension. (Wouldn’t you love to catch him after school? The name again is Craig Cicardo, and remember he’s special.) ACLU is suing, finally (on First Amendment grounds).

A substitute teacher at Elmwood Street School in Millbury (MA) was fired after some cartridges/magazines fell out of his pocket while he taught a pre-kindergarten class last week. The teacher was licensed to carry, but apparently had no gun at the time. The ammo was left over from a shooting trip the day before. Police later seized six handguns, a total of 12 shotguns and rifles, and ammunition from his home, where they said the weapons were improperly secured.

Daniel Hect, the new joint campus police chief for Mount Holyoke College and Smith College in Massachusetts has been placed on administrative leave by both colleges after he allegedly used his personal Twitter account to “like” tweets from the National Rifle Association and President Donald Trump, which caused snowflakes to question whether their campus community is “safe.” The Mount Holyoke College president is Sonya Stephens and the Smith College president is Kathleen McCartney.

Planned Parenthood & Democrat lawmaker want to abort black babies, specifically. I am not making this up.

A 22-year-old man with a gun in a diaper bag shot himself and his daughter while changing her diaper in a vehicle at a Chuck E Cheese parking lot near Birmingham (AL). Police said the gun went off as the man picked up or reached inside the bag, which was sitting on the floorboard. The bullet traveled through the adult’s leg and then the child’s leg before lodging in the man’s chest, eventually proving fatal to the man; the child will recover. Also note that Chuck E Cheese is a gun free zone.

We have a report that opioid overdoses are the single most likely cause of death for a person aged under 50 years in the USA.

Last month, an unidentified veteran New Hope (PA) police officer mistakenly shot and wounded an unarmed suspect during a struggle in a holding cell when the officer drew and fired his gun instead of his Taser, which was allegedly his intent. His Taser was carried in front of his firearm on his strong side, in violation of department policy. The whole thing was caught on video. The officer will not face charges, according to the Bucks County district attorney’s office, because “the shooting was neither justified, nor criminal, but was excused… …The law excuses the shooting officer’s conduct from criminal prosecution because of his ‘honest but mistaken’ belief he was deploying his Taser at the time he discharged his service weapon.” The officer was placed on paid administrative leave and retired from the department April 10, the statement said.

An unidentified Prince George’s County (MD) police officer was reported to have “accidentally” shot himself in the arm this week. That’s all we know.

In South Korea this week a man allegedly poured gasoline in his apartment’s living room and then threw burning newspapers to start a fire and then knifed other residents of the apartment building as they tried to escape, killing five and injuring six others. South Korea has a virtual complete ban on guns.

In Los Angeles (CA) this week, a 29-year-old man was fatally shot by a McDonald’s security guard after he crashed his car, stripped naked and ran into the restaurant attacking people, including the guard, with a knife. Some of you will remember the McDonald’s incident in San Ysidro (San Diego, CA), decades ago. So, if you’re going to McDonald’s (or anywhere), be sure you’re packing.

In Louisville (KY) a 38-year-old man wearing no pants entered a 12-year-old girl’s bedroom. Got shot 6 times. No charges against the shooter (girl’s mother’s boyfriend).

The Brownells BRN-180™ Complete Upper Receiver copies the gas piston Armalite® AR-180 of the 1960s and is fully compatible with any standard, mil-spec AR-15 lower receiver. It will function with a folding stock in the folded or extended position. $800.

Brownells has also introduced the new BRN-180S™, a short barreled version of the BRN-180™ upper assembly. Now available for pre-order the BRN-180S™ has a 10.5″ barrel for building a pistol or SBR (follow the laws), and an adjustable gas system for normal or suppressor use. Also $800.

MTM now has USA-made polypropylene ammo can trays for 30- and 50-cal. military ammo cans. The trays are stackable and nest on to the top of each ammo can. The MAC50 holds three 50 cal. cans while the MAC30 holds four 30 Cal. cans and each tray will hold up to 100 lbs. Both sizes of the trays stack on top of each other with or without cans. They have four tie down spots for ATV attachment and large strong handles. MSRP: $10.31 (MAC30) $11.53 (MAC50)

Need funny shaped brushes for gun cleaning? Real Avid has you covered. Only $10 for the set.

Found this “guitar” case on Amazon

I have a good used Ariens 9hp, 28″ cut rear engine riding lawn mower for sale, $400. Contact me for specifics.