A three-judge panel of the U.S. 5th Circuit Court of Appeals last week ruled the federal law prohibiting handgun sales to out-of-state residents is in the public interest, reversing a ruling by U.S. District Court Judge Reed O’Connor. The plaintiffs, a couple from Washington, D.C. who tried to buy handguns from a licensed dealer in Texas but could not due to federal law adopted in the 1960s, argued that since the inception of the National Instant Check System there was no longer a need for the ban on interstate transfers of handguns from FFLs to buyers. The appeals court disagreed with that concept, holding that handguns often have additional regulatory pitfalls in many states, and that gun dealers can’t be expected to be familiar with those in distant areas. (We note that there is no such ban on interstate long gun sales, even though some are banned or restricted in some jurisdictions, but apparently the court’s logic isn’t logic.)

The plaintiffs, supported by the Citizens Committee for the Right to Keep and Bear Arms (a good place to make a donation), may ask the court for an en banc review of the latest decision and continue fighting it to the Supreme Court.

It boils down to three things:

1.  Lots of people who depended on anything or anyone other than themselves to take care of themselves, died.
2.  It ended only when the terrorists were shot to death.
3.  This same hotel was attacked, in an identical manner, in 2011.
Apparently nothing was learned.

[Study] “Findings indicate that the mass killers received approximately $75 million in media coverage value, and that for extended periods following their attacks they received more coverage than professional athletes and only slightly less than television and film stars.” — Adam Lankford, associate professor of criminology and criminal justice at The University of Alabama.

The FBI on active killers

11 Lessons Learned from the FBI Study on Active Shooters

We have a report of three incidents in which unidentified French police officers (part of the CSPR – French presidential security detail guarding the Palais de l’Elysée, the official residence of the French President) have inadvertently fired their submachine guns. Two have put rounds into the walls of sentry booths and a third reportedly put several rounds into his own leg as he got into a vehicle.

An airline passenger was accidentally given a suitcase with a training bomb (a “deactivated” real explosive used to train dogs) by airport officials (police, probably) after Australian Federal Police apparently forgot about it.

From the Las Vegas massacre report:

“Immediately following the explosive breach [of the hotel room door], SWAT Officer O’Donnell, had one negligent discharge of a three round burst from his rifle.

Officers in the hallway heard the shots fired and broadcasted shots had been fired inside the room.”

In Houston, TX, this week, an unidentified FBI agent fatally shot a hostage they were supposedly rescuing from a kidnapper. Kidnapping is not a crime of federal interest. A spokeswoman said “I can’t tell you specifically why we were here, but I can tell you it was an FBI operation.” If history serves, the shooter will be promoted.

Off-duty Drexel, MO, Police Chief Jonathan R.G. Carpenter, 39, was arrested Wednesday by Cass County deputies in Drexel and booked into the Cass County jail on charges of unlawful use of a weapon while intoxicated and resisting or interfering with arrest after he allegedly pointed his gun at another man during an argument he started at his house.

Kentucky officer leaves rifle leaned against a car in a neighborhood

“If you get into a biting competition with a police dog, you’re not going to win.” 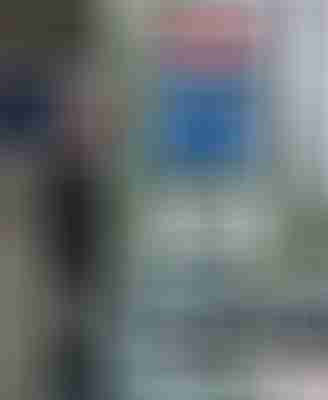 Weatherby will be leaving the state of California, where the company has been headquartered since its 1945 founding, and moving to Sheridan, Wyoming. Weatherby President Adam Weatherby, founder Roy Weatherby’s grandson, cited strong economic incentives from the Wyoming Business Council, as well as more freedom to develop new products without onerous legal restrictions as reasons for leaving California. Duh.

SHOT show week. We have a report of a protest. ONE protester showed up.

Kahr now makes an AR rifle ($750). The Thompson is now available in a tactical model blacked out with rails. A suppressed .22 rimfire rifle is also new.

Dickies now has a line of tactical clothing.

Under Armour has some new tactical pants.

Dead Air Armament has some new flip-up (front and rear) 3-dot sights for standard-sized Glock pistols which allow the shooter to sight over the body of a suppressor and fold down and out of the way when not using the can. Available soon. Presumably other models will follow. About $150.

The new defensive Hybrid-X ammo uses multiple bullet technologies (polymer tip, copper jacket, segmenting lead core) to provide rapid incapacitation of a violent attacker. As the bullet strikes the target the core is designed to break into smaller projectiles and, according to Winchester, “deliver massive energy transfer.” The exterior of the bullet is fluted like the new non-hollowpoint PolyCase or ARX bullets. 9mm only at this time.

We hear that Surefire is making AR-15s.

Brownells is also making their own period-correct retro ARs.

Angel Armor of Colorado now has a chest plate that stops .308 rifle rounds and weighs only ounces.

Geissele Automatics has a new Remington 700 trigger line (R700) consisting of a single unit configured at the factory between two models: single stage and two stage, also adjustable for pull and overtravel.

The Fabarm STF-12 tactical pump shotgun has a modular design that allows the addition of different barrel lengths, magazine-tube extensions and furniture options. It has a continuous flattop Picatinny rail, ghost-ring sights and Picatinny-rail mounts on the forearm.

Franklin Armory’s Reformation “rifle” uses straight rifling in its 11.5″ barrel, which avoids the classification as a pistol or rifle. They claim 4 MOA with standard ammunition. New ammo specifically for the gun are fin-stabilized football shaped projectiles that can be loaded in standard 5.56/.223 cases, and according the Franklin they bring the accuracy to 1 MOA at 100 yards. I think the principles of economics will take care of this one.

Hornady also has a new line of Critical Defense centerfire rifle ammunition with an updated FTX bullet for use in short-barreled rifles with reduced muzzle velocities. Nickel plated cases.  55- and 73-grain .223 Rem. and a 155-grain .308 Win.

Dillon Precision’s BFR 50 is a four station semi-progressive press suitable for the .50 BMG cartridge, and claims a loading rate of 300 rounds per hour. Not cheap.

Remington’s “not a shotgun” sawed-off-looking 12 ga. 870 is now available with wood furniture.